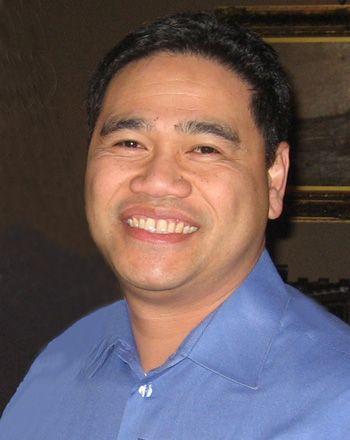 Growing up as a child of the 80’s in the warm California sun and living near the beach, one would have thought that, that would be enough to keep a boy busy.  But no, in addition to high school related activities like football, track and student government, I was part of a Break Dance Crew – “The Robotic Street Breakers” and in our own minds we were the best group in the county.  We competed against other crews from other towns as a way to show how “Tough” we were.  A good alternative to the classic “Rumble” between rival groups (it was more like a little kicking and rolling around on the ground and then going to the hamburger shop after to enjoy the victories or losses).  What a wild childhood. College was spent at San Jose State University where I joined Delta Upsilon Fraternity.  I gained life long friends and amazing memories (most of them will stay at the fraternity house).  Delta Upsilon is where I learned the value of honor, tradition and philanthropy; something that still sticks with me today.  Dikaia Upotheke my Brothers!!!! After college I was fortunate to be in the right place at the right time.  Back in the late 1990’s to early 2000’s I joined several start up Silicon Valley“.com” companies.  My “.com’s” were all “.bombs” but it was exciting being part of a new industry and working with earlier tech companies like Google, Netflix and eBay.  I learned many valuable lessens in entrepreneurship. Today I am blessed with a picture perfect family and joining a company that shares the same values that I have acquired thought out the years.  I spend my time outside of work volunteering at the St. Martin de Porres Men’s Homeless Shelter in downtown Seattle that caters to age 55 and older. It continues to amaze me how much I get out volunteering and getting to know the shelter residents on a personal level. Life is good!!! Make the most of it!!!
Posted in: DACO News

Next Post: Think Outside the Box - Reuse #12 for Old Wood Pallets