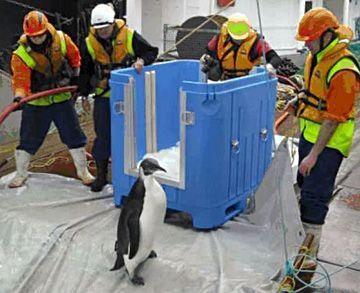 Happy Feet, a wayward emperor penguin, became an instant celebrity when he got lost and swam ashore on a beach in New Zealand nearly 2,000 miles from home. Happy Feet was released in October of last year into Antarctic waters after an extended trip more than two months after he came ashore and captured people’s hearts. 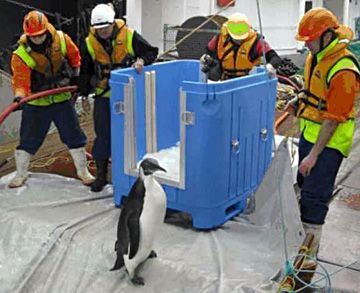 His homeward journey was certainly more relaxing than his wayward swim as he traveled in style inside a custom built DX335 insulated fish tote from Promens, St. John, Canada (Roto), on board the research vessel Tangaroa for his send-off 56 miles north of remote Campbell Island in the Antarctic Ocean.

His release went smoothly given that the crew were being tossed about in a 25 foot swell and once in the water, Happy Feet quickly swam away without so much as a farewell look at his rescuers.

A special thanks to Promens for sharing this wonderful story with us and NIWA for this great video.
Posted in: Containers, Totes, Bins & Dollies

Next Post: Improving Customer Service by Listening to Our Customers